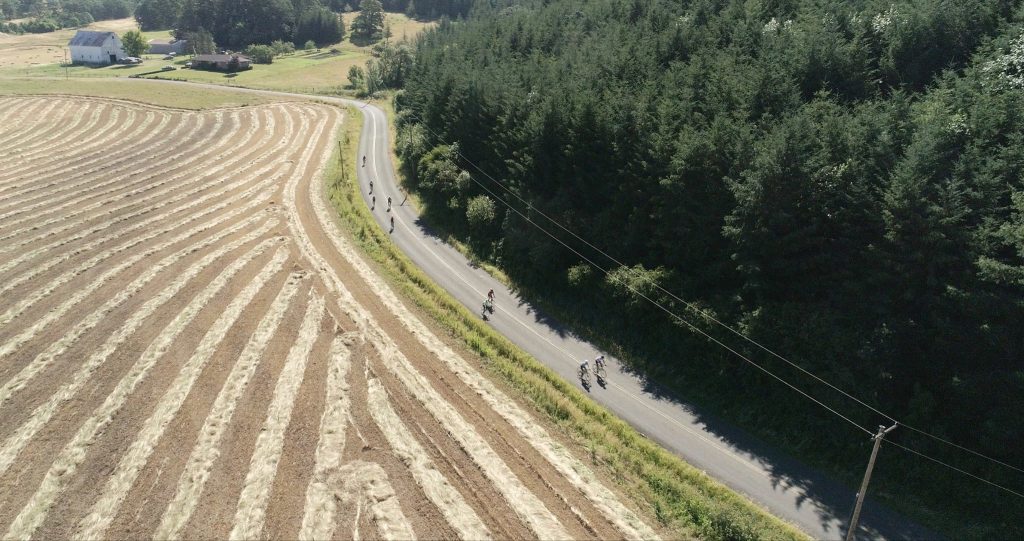 In July, the city of McMinnville and Linfield College hosted Cycle Oregon’s WEEKENDER and oh what a weekend it was! On hand were thousands of happy cyclists of all ages, beautiful rides through the surrounding countryside, a kids camp, and plenty of barefoot booty shaking in front of the stage.

Besides the great execution of event itself and the ride routes, the highlight of the weekend just may have been the perfect weather. Crisp mornings gave way to warm afternoons and a full moon illuminated the comfortable, bug-free nights. Hardly a wisp of wind or drop of precipitation was felt to detract from the great atmosphere. This is the kind of weather that makes six months of dark, gloomy drizzle tolerable for Northwesterners. 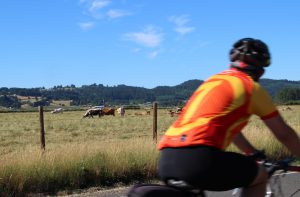 Friday afternoon got things rolling with a leisurely check-in and packet pick up. After the paperwork was taken care of, most people had plenty of time to stake a claim for their tents or wander around campus and find their dorm rooms. Linfield provided  a great campus setting–there was plenty of green grass, stately shade trees and brick with white trim dorm buildings to complete the classic academic look. 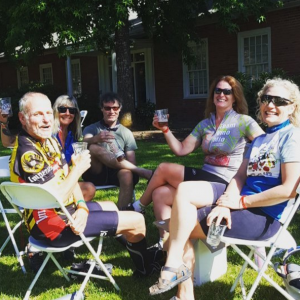 Later, as afternoon became evening, the party really got going with the funky rhythm and blues of Portland’s own Ma Fondue. The band took a brief break for Steve Schulz, Cycle Oregon’s Executive Director, to give the crowd a briefing about Saturday’s rides. Jeff Knapp from VisitMcMinnville.com also took the stage to drop enticing little nuggets on us like, “there are 220 wineries within 20 miles of McMinnville” and “McMinnville’s downtown was voted the Best Main Street in the West by Sunset Magazine”. Well played, Jeff.

Saturday morning started off with breakfast served in the cafeteria by bright-eyed Linfield students as riders prepared to set off on one of three different routes. The weather, again, was perfect. The mostly flat routes toured past surrounding farms, along rivers and creeks and through several small communities. The lunch spread was laid out at a nice, shady park in Sheridan where cyclists could enjoy their sandwiches to the twangy sounds of an olde time-y string group. As the afternoon warmed up, riders were greeted at the finish line with a refreshing iced mocha from the kind and good people at Nossa Familia. That really hit the spot. 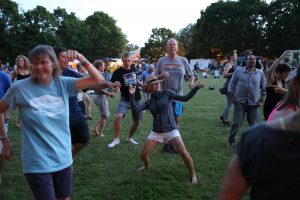 Saturday night started off with a kids camp parade where campers decorated their bikes and promenaded past the stage with huge grins on their faces. And then The Junebugs took the stage. This harmony-heavy bluegrass-y three piece really got the crowd moving when they broke out the Tom Petty, Blackstreet, TLC, Lorde, and Taylor Swift covers. You wouldn’t think a bearded middle-aged man on an acoustic guitar could pull off Miley Cyrus, but he did. And it was awesome. 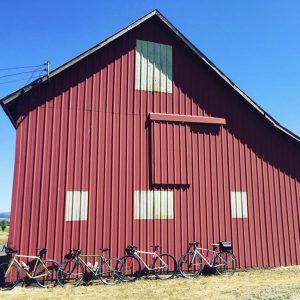 Sunday was more of the same wonderful stuff. Families were cruising the short route, cycling buddies were planning their next great escape, and old friends were picking up right where they left off the last time they crossed paths on an organized ride. Some groups even chose to ride together in the morning, split up in the afternoon taking different routes, and then met up again later in the beer tent for a celebratory cold one. 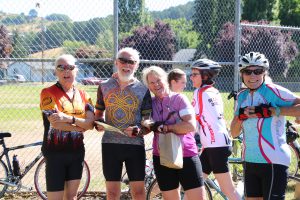 As WEEKENDER wound down and most cyclists became motorists going back to their regular lives, it’s hard to imagine a more good-vibe-packed, all-around fun way to have spent two days in July.

See you all next year!