Riding gravel roads is all that anyone in the bike scene seems to want to talk about these days but it is not a passing fad or trend. It’s certainly not new, either. For much of history, roads have been rough, rugged surfaces and bicycles spent many decades on what we would consider less-than-ideal surfaces in contemporary terms. 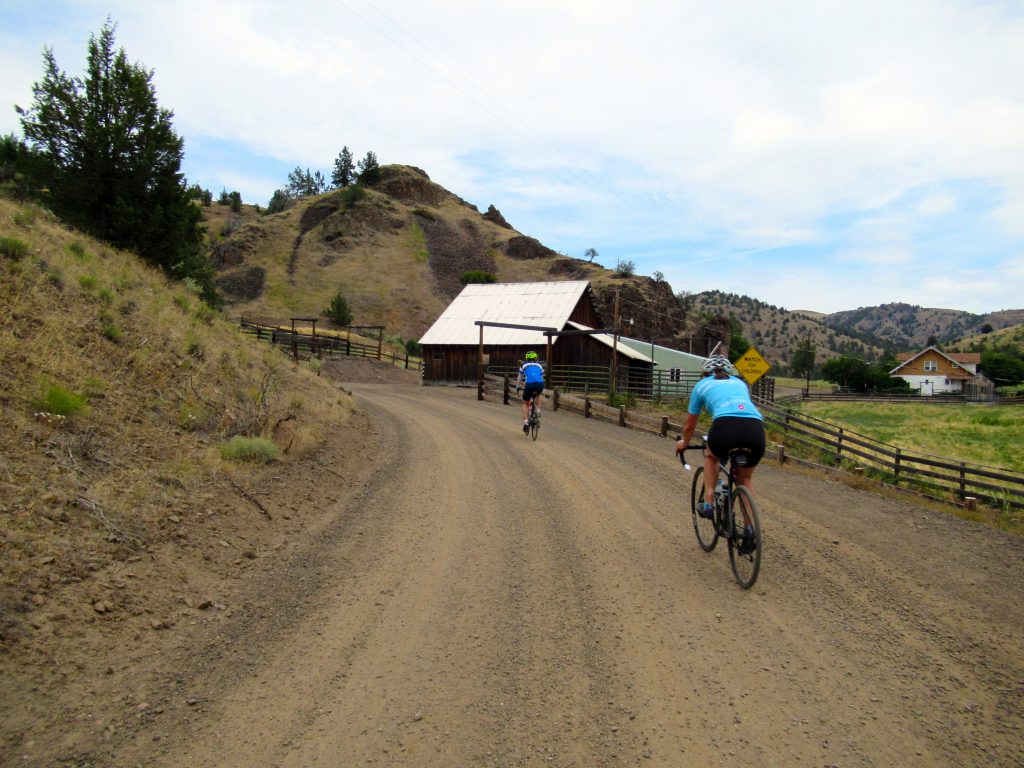 Did you know it was the League of American Bicyclists that led the advocacy charge to improve our country’s roads long before the advent of the automobile? The League founded the Good Roads Movement in the late 19th Century including the publishing of Good Roads magazine in 1892. And yet, after all the decades of improvement since then, we find ourselves longing for the roads we began on.

There’s been a growing return to the roads-less-traveled and there are many reasons why people are choosing to veer off the smooth tarmac. Some like adventure, many like the lower automobile traffic counts, and, yes, for some it’s just an excuse to get a new bike. But we’ll save the gear talk for another time.

Is the riding too technical? How do I know where to go? Will my bike work on those roads? Won’t I get a lot of flats? We’ve heard all the questions and concerns and we’ll be exploring the answers in greater detail here on the blog as we roll towards our first event of 2020, Cycle Oregon’s GRAVEL. For now, rest assured that gravel riding is open to everyone and lots of bikes are suited to the task. We’re pretty sure that if you like riding bikes this is just another great option for you to turn those pedals. But if gravel is not your thing, no worries, Cycle Oregon always has plenty of amazing paved routes.

We love riding bikes and we love connecting riders with Oregon’s special places. Gravel roads give us even more opportunity to do this and we think our weekend event in Tygh Valley is one of the best gravel events out there. Sensational routes with multiple options over two days, spectacular views,  plus fun and free beer in our camp. We’ll have a few friends from the gravel scene there to ride alongside and share stories on how to enjoy roads with the right kind of grind. Ride (gravel) with us. 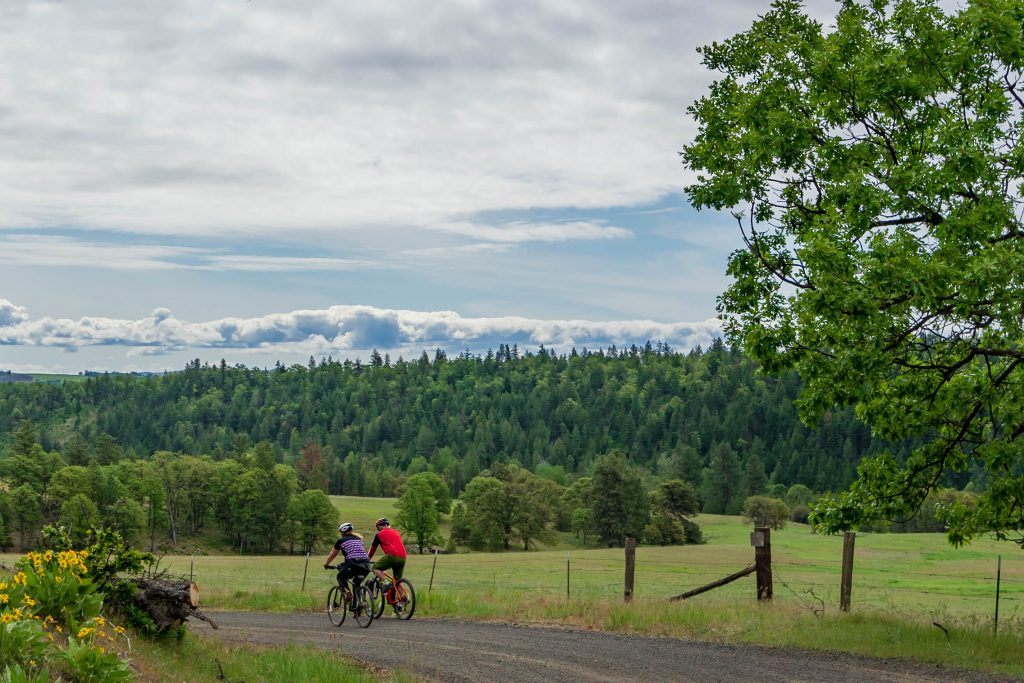 Riding Gravel – Edited by bike blogger, event organizer, and all around bike wizard who oddly goes by the name Guitar Ted, this site includes information on gear, events, culture, and so much more. Guitar Ted brings in a great crew of writers and riders who live at the forefront of all things gravel.

Dirty Freehub – Oregon’s own Gravel Girl and Captain O co-founded this great site that curates an incredible collection of gravel routes throughout the western United States. You’ll get to meet and ride with them at this year’s GRAVEL event.  As they say, ride great gravel routes! Follow them on Instagram here.

The Gravel Ride – A cycling podcast hosted by Craig Dalton that discusses the people, places and products that define modern gravel cycling.

Dustin Klein – Dustin is an artist, designer, and rider of amazing rides. His  YouTube channel delivers great stuff on riding bikes and being eternally thrilled with the idea of a little more adventure. Dustin joined us last year at GRAVEL and you can bet he’ll be there again this year.

Bike Gallery – The crew at Bike Gallery know Oregon back roads and they’ve got all the gear to get you out there. They can help you prepare and outfit your current bike or help you get onto a really cool new gravel rig. Let’s face it, there’s nothing more fun than popping into a bike shop and checking out a new ride.

Showers Pass – The Gravel scene is a little more laid back than road riding and that can mean a more casual approach to apparel. Our friends at Showers Pass always have the jacket game on lock down but you should also take a look at their shorts, shirts, base layers and socks. The wool pieces, especially, go from handling every aspect of the ride straight to lounging in camp like a champ.

Travel Oregon – Our friends at Travel Oregon have a great collection of routes, stories, and photos on gravel rides all over the state. Check it out! 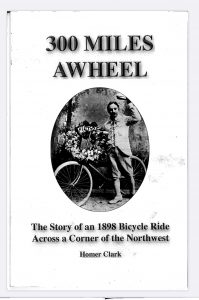 Note from the editor: When I first moved to Portland, Oregon in 2004 I visited Powell’s Books right away. I discovered this book, 300 Miles Awheel – The Story of an 1989 Bicycle Ride Across a Corner of the Northwest, and bought every copy to share with friends and inspire bicycle adventure. I would return often to buy any and every copy they had in store until one day it was out of print. My last remaining copy, my personal edition, ended up in the office of Representative Greg Walden during one of the many bicycle lobbying days led by the staff and board of Cycle Oregon. Thankfully, one of my smarter friends created a digital edition which we have linked here for you to read. Return to a time when gravel roads were just called roads and a bicycle advocacy coalition was among the most powerful forces in politics. Click on the title above to read a copy of this incredible adventure. At 27 pages it’s a fun, easy read. 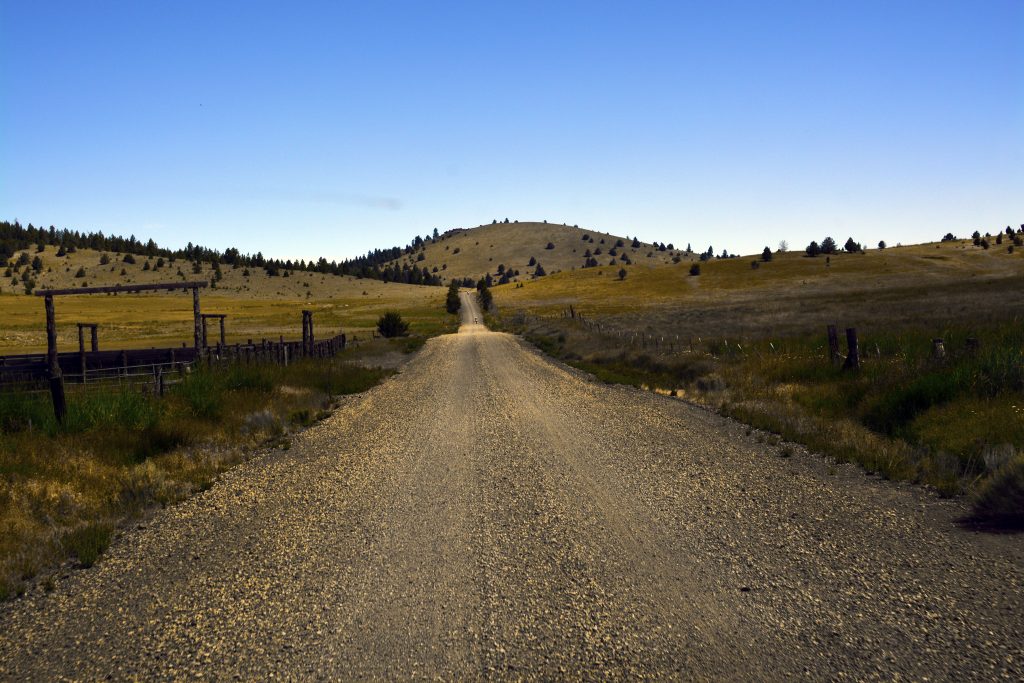