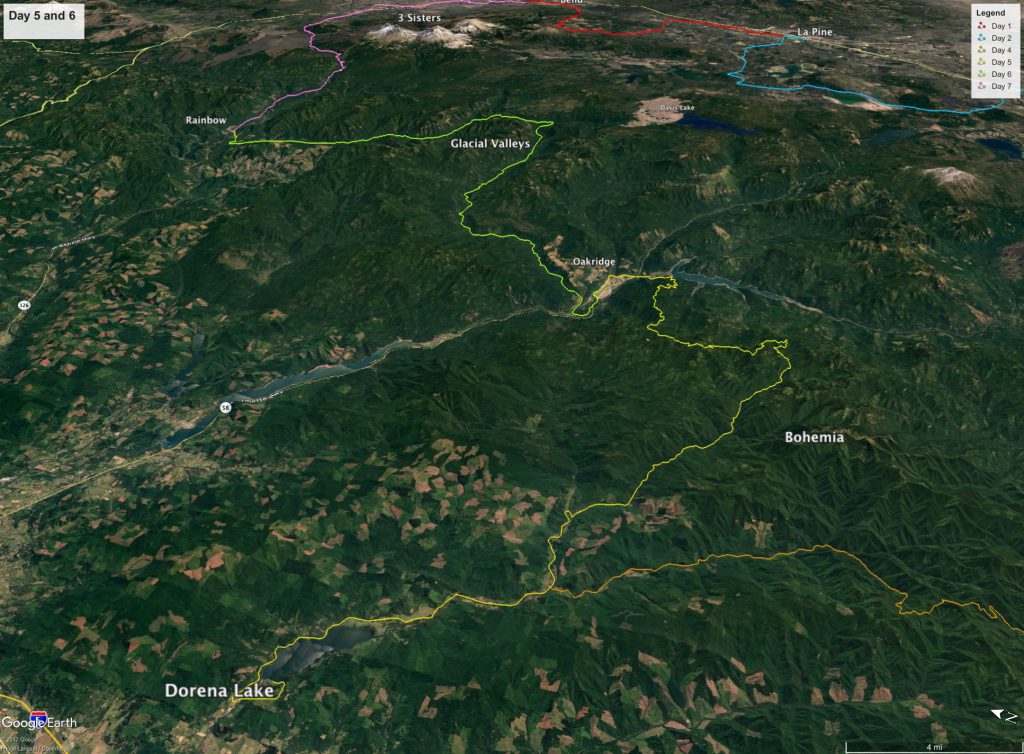 Figure 1. Overview of days 5 and 6. We will ride up the Row River drainage and into the Middle Fork of the Willamette on Day 5, and then will cross over into the McKenzie Drainage on Day 6. Both days we will be riding through steep canyons and the heavy forest of the Western Cascades.

The descriptions for Days 5 and 6 are combined, because the geology and landscape are largely obscured beneath the blanket of forest that covers the western slopes of the Cascades. Our route on Day 5 is up the Row River on Dorena Lake bike path and over the pass into the valley of the Middle Fork of the Willamette river. Along the way, the geology will be a mix of ancient volcanic rocks of the Western Cascades, much like we saw (or didn’t see) on day 4. These rocks have been soaked by millions of years of rains, permeated by caustic hot springs water and buried beneath generations of dense forest. They are generally only visible in stream beds or deep road cuts, and then are often so altered that it is very difficult to determine their origin. As a result, the Day 5 route goes through some of the least known geology in the state. Geologists use a geologic map to describe the geology of an area. These maps show different types of rocks using different colors and symbols and include lines that show where two rock types come together and where fall lines cut through the rocks. Other symbols show how the rocks are arranged, whether the layers are flat, tilts or folded. Figure 2 shows the geologic map of our Day 5 route. The important thing to note is that the entire route only crosses two colors, one depicting volcanic ash and tuff, the other lava flows. This kind of simple geologic map really means that the early geologists in the area (the map was published in the 1960’s) couldn’t make any sense out of the little bits of geology they could see. Geologic maps are constantly being revised and updated, as more sources become available, or new scientific tools, like lidar, become available. This one is long overdue!

As we make our way up Brice Creek towards the pass into the Middle Fork of the Willamette, we will be passing the Bohemia mining district on our right. Starting in the 1860’s, these numerous undergoing mines produced gold, silver, lead, copper and zinc. Today there is little trace left of the mine workings or the mining towns that sprang up to support them. All has largely been reclaimed by the forest. One unfortunate legacy is acid mine drainage, which occurs when rainwater reacts with the sulfur-bearing minerals that the mines exposes. The discharge can carry large amounts of toxic metals and impact the health of streams. Modern mines are designed to avoid this kind of long-term environmental impact. 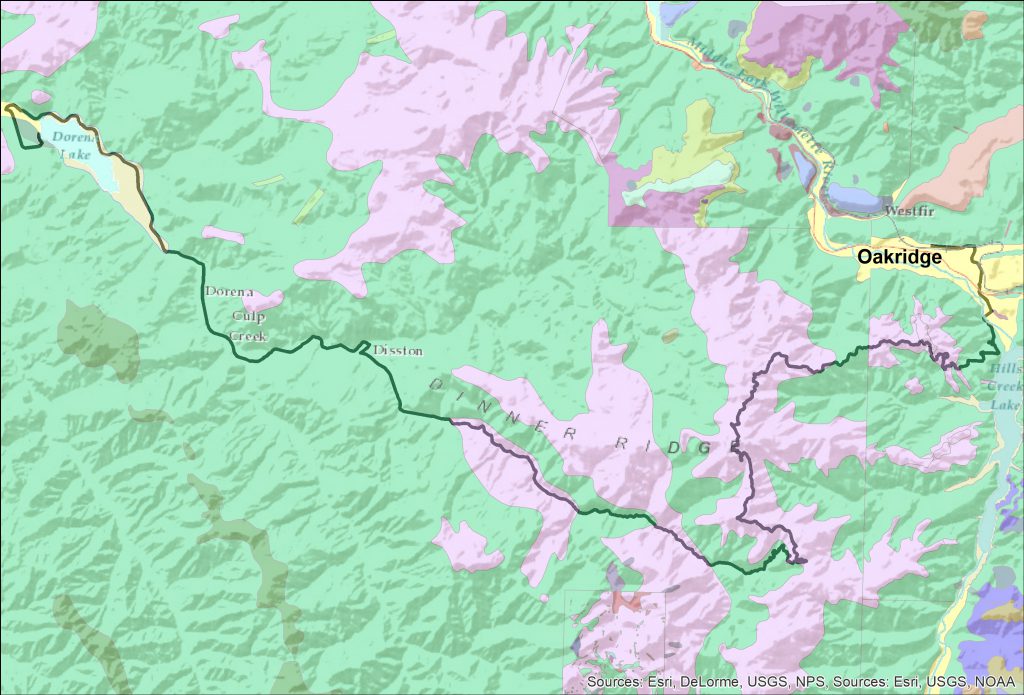 Figure 2. Geologic Map of the Day 5 route. The areas in green are ash and tuff, the areas in pink are lavas. The actual geology is far more complicated, but this simple map from the 1960’s is the best information available. Note that there are more colors and detail north of Oakridge, and in the Bohemia mining area at the south edge of the map. These are areas where more recent and detailed mapping has been done.

On Day 6, we will once again be riding through the poorly exposed volcanic rocks of the Western Cascades as we ascend the North Fork of the Middle Fork of the Willamette. We will start out riding in another deep, steep green canyon, like Brice Creek or Canton Creek on Days 5 and 4. By the time we get to our snack stop at Kiahane Campground, the terrain will change dramatically as we enter a wide valley with a flat bottom. This valley, and the the upper reaches of the South Fork of the McKenzie, have both been carved out by glaciers descending from the High Cascades (figure 3). In Figure 3, you can clearly see the broad “U” shape that is characteristic of glacial valleys. 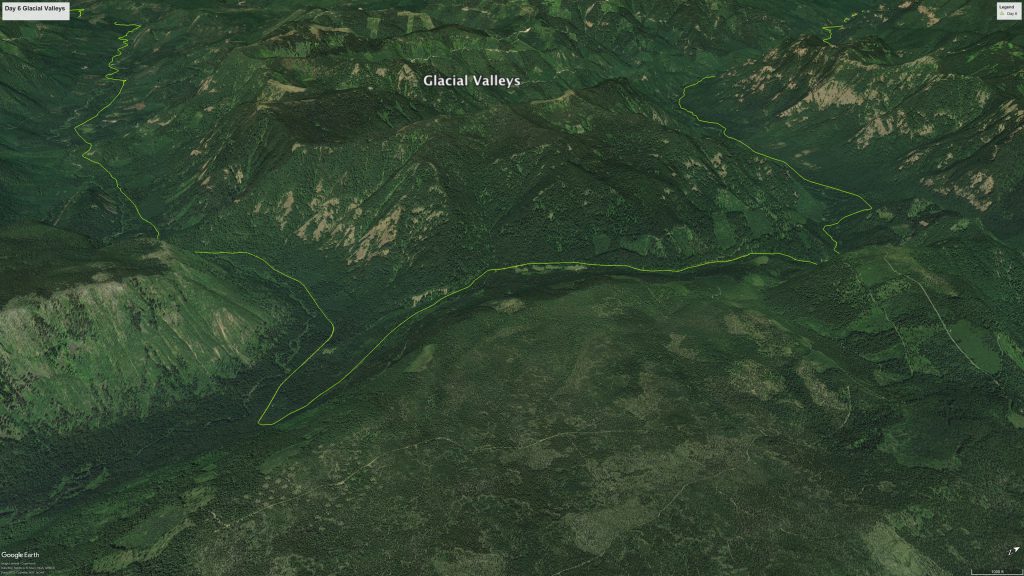 Figure 3. View to the west of deep, “U”-shaped glacial valleys where the North Fork of the Middle Fork of the Willamette (left) and South Fork of the McKenzie (right) meet. The ice was flowing from the bottom of the image towards the top.