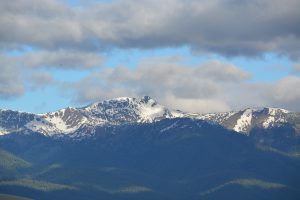 Historically an ending point, there is no finer starting point for this year’s Cycle Oregon Classic than the town of Baker City. Steeped in history, this well-preserved frontier town still has a similar feel (and population numbers) as it had at the turn of the century.

Baker City is located in Eastern Oregon 45 miles south of La Grande on Highway 84. Of Oregon’s 16 Scenic Byways, five of them pass through Baker City. The Hells Canyon, Journey Through Time, Elkhorn, Blue Mountain, and Grande Tour scenic byways all run through town. This give you a pretty good idea of what kind of beautiful country visitors are in store for. 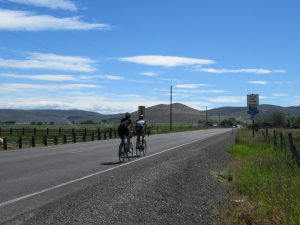 The city itself is situated in a valley between the Wallowa Mountains to the east and the Elkhorn Mountains, part of the Blue Mountains to the west, with the Powder River running through the center of downtown on its way to its confluence with the Snake River.

Widely known for its proximity to the Oregon Trail (the Oregon Trail Interpretive Center is only 7 miles away), it wasn’t westward expansion that put Baker City on the map – it was gold.

In the 1860’s Gold turned this western outpost with just three cabins and a saloon into a bustling, well-to-do town. It even had a very regal nickname – The Queen City of the Inland Empire. By 1900, Baker City was the largest city between Portland and Salt Lake City. The markings of prosperity have been incredibly well maintained here over the years and beautiful Victorian architecture is on full display throughout downtown. Over 100 of Baker City’s beautiful old buildings are on the National Registry of Historic Places. The town is such a great backdrop for 1900s Americana that Lee Marvin and Clint Eastwood stopped by in 1969 to film a movie, to sing a few show tunes(!) and to paint a few wagons. 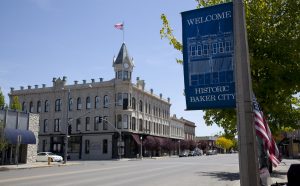 Unlike most other boomtowns, some of Baker City’s gold is still here too. If you walk into the lobby of the US Bank building on Main Street, you can see an 80.4-ounce (more than 5 pound) hunk of gold know as the Armstrong Nugget on display. At today’s prices this rock is worth over $107,000!

Baker City’s not-too-distant-history and beautiful surroundings may make you think that they are stuck in the past, but they’re not. The town is just as modern as many large cities. One of Oregon’s best sporting events, The Baker City Classic Bicycle Stage Race will be celebrating their 17th running this year. Fast bikes and incredible athletes are on display for this three day, five stage pro race in and around Baker City. And for an entirely different kind of biker, the Hells Canyon Motorcycle Rally thunders through town every July, often stopping to wet their whiskers with a cold craft brew at Barley Brown’s. There are enough little cafes and delicious restaurants to cater to all types of traveling foodies. And the local high schools are two of only a handful in the country with an Aquaponics program. 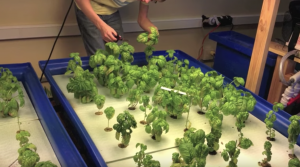 Students at Eagle Cap Innovative High School and Baker City High School are learning sustainable agriculture by growing fish and plants together in an ecosystem they created from scratch. To grossly oversimplify their work, fish are raised, which produce ammonia as waste. The waste is turned into nitrogen, which feeds plants floating in water. The plants oxygenate the water, which sustains the fish. Circle of life. Hakuna Matata. In the end, the students receive a practical, hands-on STEM education, and the entire school is treated to a fish fry and freshly grown salads.

Whether it’s the allure of the town’s past or it’s present, Baker City’s charm and awe-inspiring surroundings are well worth a visit and a closer look.