If you were lucky enough to be with us on the Classic two years ago, you will undoubtedly remember the breathtaking views we saw of Wallowa Lake, both from the shores where we camped, and from the highway we pedaled along. Part of the spectacular beauty and uniqueness of the area is due to the glacial moraines that frame the lake. For thousands of years the spectacular East Moraine has been a refuge for wildlife and is sacred to the Nez Perce Tribe. 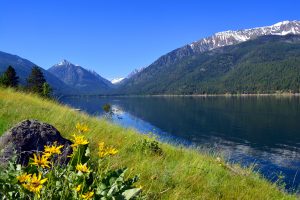 In 2008, Cycle Oregon’s Signature Grant was dedicated to helping protect Wallowa Lake’s glacial moraines from development pressure. In the time since, the Cycle Oregon Fund has contributed $98,000 towards the permanent protection of the East Moraine.

We are thrilled to announce that as of January 21st 1,791 acres of land has been purchased, through grants and donations, to be managed by Wallowa County for forestry, grazing, habitat and cultural uses.This $6.5 million dollar purchase took more than a decade to arrange, but the good that will come from preserving this land, and the community’s connection to it, will last forever. You can find more information here at the Wallowa Land Trust website.

Ten of this year’s grants will support a wide range of projects in all corners of the state that preserve and restore community gathering spaces—ranging from track and athletic fields in Maupin to a historic schoolhouse in Creswell—and support vital services, such a public health clinic in Blue River and the fire department in Seneca. Twelve additional grants were awarded to community and volunteer groups that assisted Cycle Oregon during the 2019 Classic ride. 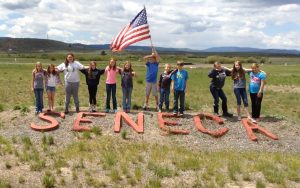