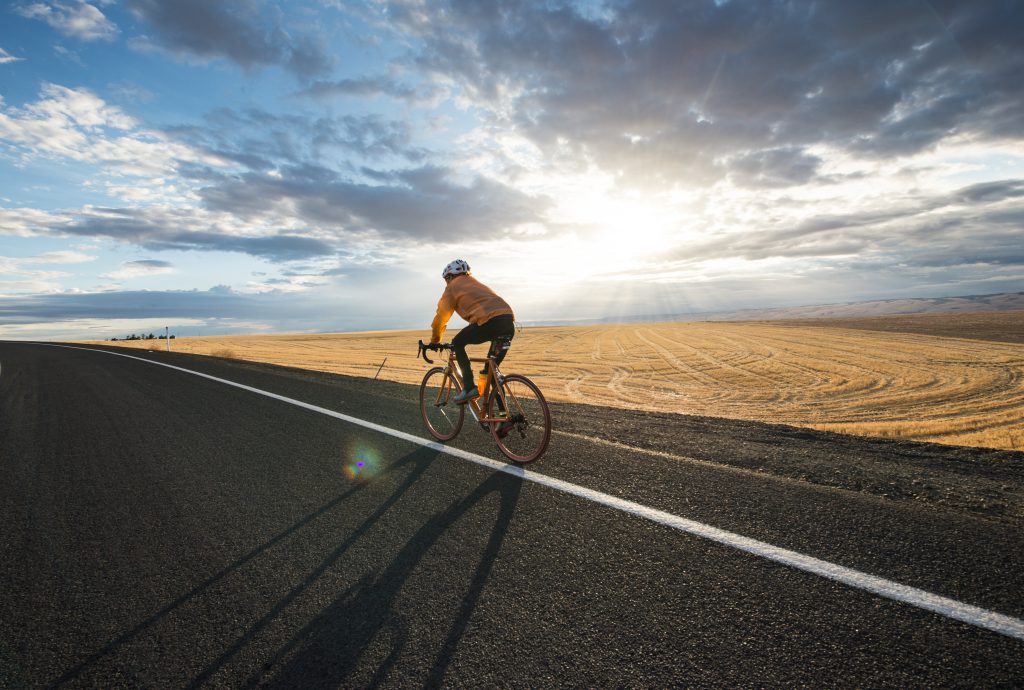 Where to start? So many highlights, so many amazing communities, so many great miles, so many views! The 2018 Classic delivered in true Cycle Oregon fashion by packing an unprecedented amount of incredible into 7 days and 400 miles.

Kicking things off in Baker City, Day 1’s ride warmed up our legs and got us acclimated to the breathtaking scenery we would enjoy for the entire week. Around mile 23, things got real interesting. This slight left was the optional turnoff for Sparta Lane and the first ever gravel option offered on Cycle Oregon,s Classic. Not everyone accepted the challenge, but those who did showed up to lunch with an extra layer of dust and a smile that stayed plastered on their faces all week long. 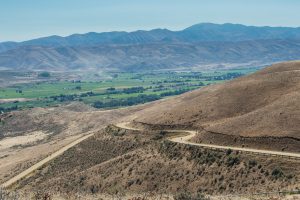 When riders rolled into Halfway, it became clear that the whole town had rolled out the welcome mat. A few blocks in the center of town had been closed off just for us and the main stage. The tunes were playing and the beer and wine were flowing until the crack of 9:30.

Day 2 was a big challenge with a huge payoff. Yes, most of the day was climbing, but the views from the overlook and the view coming into Joseph as you first see Wallowa Lake framed by the Wallowa Mountains are something you could only experience in Eastern Oregon. And camping right on the shores of Wallowa Lake, taking in a sky full of stars reflecting off the lake as you zip your tent flap closed for the night, was the perfect end to a tough, but inspiring day. 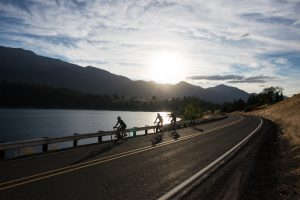 Day 3 was all about cruising through farmland in the foothills of majestic mountains. A second gravel option was offered which was a bit more chunky but the different viewpoint was well worth the extra effort. The big story in Elgin was the thirty-minute sneak peak performance of Mary Poppins that the eager, young cast at the Elgin Opera house put on for us. Judging by the raucous standing ovation and the two cowboy hats-worth of cash donations, the entire Cycle Oregon audience was inspired and delighted by these entertainers and the quality of show being put on by this “little theatre that could” (read more about this performance in the Mary Poppins blog post). 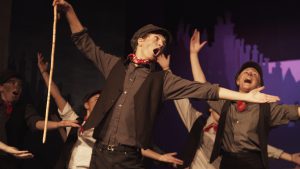 Day 4 was quite a contrast. It started out with a climb through a forest and up a mountain and ended with wide open spaces and rolling hills as far as the eye could see. The winding descent before the final haul into Pendleton was especially pretty as the leaves on the bushes lining the road were beginning to change from green and yellow to a deep red. After that, it was into Pendleton for a hot shower and a cold smoothie. And did we mention that this year we had a Whiskey Wagon?

The next two days, were spent in and around Pendleton. Some folks rode the optional loop out to Echo and back, and some folks took in the rodeo.

For a lot of us, this was our first rodeo  experience and we wasted no time procuring a cowboy hat and proper western duds. One of the most exciting parts of the rodeo was the Indian Relay Races. These lightning-fast races consisted of two or more riders riding a horse bareback as fast as they can run for one lap, then flying off and mounting another horse for more of the same (not unlike the Little Indy 500 cycling races immortalized in the film Breaking Away). The sheer power, speed and skill involved in this race is an amazing thing to behold.

Day 6 found us back on the bikes and heading for La Grande by way of Cabbage Hill. The weather was perfect and the ribbons of road winding up that hill were a somehow both encouraging and discouraging at the same time. Guess it depends on if you’re looking up or down at the time. After a great day of riding, a lot of people still had enough energy left to belt out some world-class karaoke. Who knew Cycle Oregon had so many great singers in their ranks? The line that perfectly sums up such a wierdly fun night came from Tres Shannon, Karaoke From Hell’s ring leader, “A guy puts on a kimono, all the sudden he’s a diva”.

Finally, all that was left for Day 7 was to cruise back to Baker City. More great weather, more happy miles through some beautiful country. It was only a week ago we left Baker City, but it felt like a lifetime ago…in a good way. Friends were made. Limits and muscles were tested. Tubes were blown. Drinks were consumed. Miles were clocked. And so much fun was had! 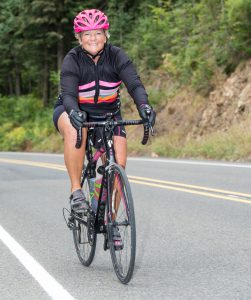 We’re grateful to our hosts for all their down-home hospitality and are thankful for the opportunity to take a glance into their world; to learn about the rich history of the area, the present-day challenges and opportunities, and the plans for the future. To be able to venture into their backyard and ride through some of the most amazing country on some of the best backroads out there was simply spectacular. And we’re also thankful for being able to spend a week together – the Cycle Oregon family – where for just a short while, we get to relive the memories of years past and create new ones. Where we’re able to bridge the urban/rural lines, find connection and commonality, and come together to support those around us. Collectively, we’re building community through cycling – and what’s not to love about that! 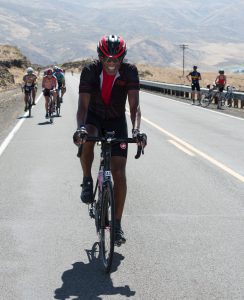 We can’t wait to do it all over again next year! Same time, different place –we hope to see you there!